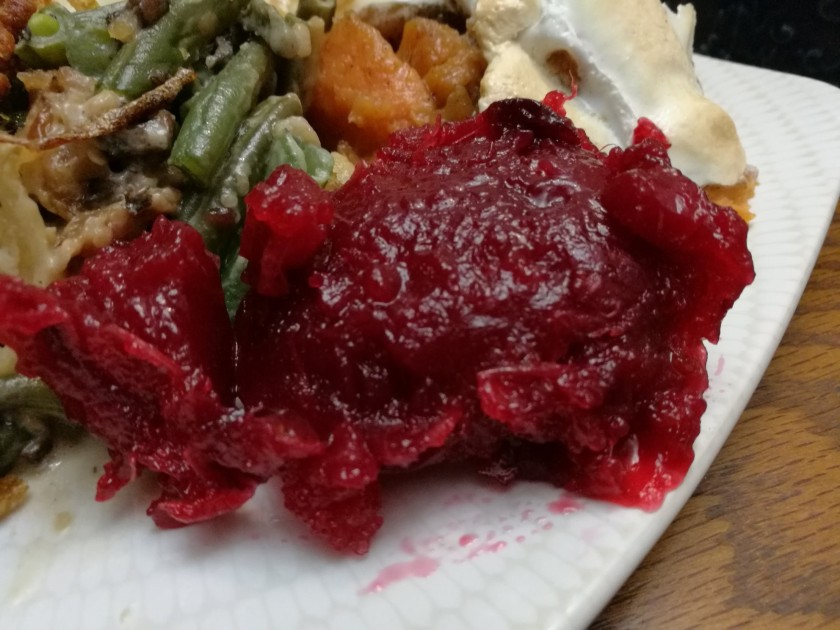 But one thing I could always count on was Pilgrim’s Bounty. There was always so much food. Just everywhere, beautiful, delicious, limitless food and no one looked at me funny for eating as much as I could literally stomach or more than ‘my fair share’. I was just another person appreciating the fruits of the harvest and the hard work of all the chefs.

So when I suddenly found myself in Stormwind working around food all the time, I knew that this year was going to be special. It’s a huge week for the Keg, and I want to share with everyone!

Remember – Cooking doesn’t have to be hard, and whenever possible, I will share any shortcuts I’ve found. Luckily, cranberry chutney is about as easy as it gets! 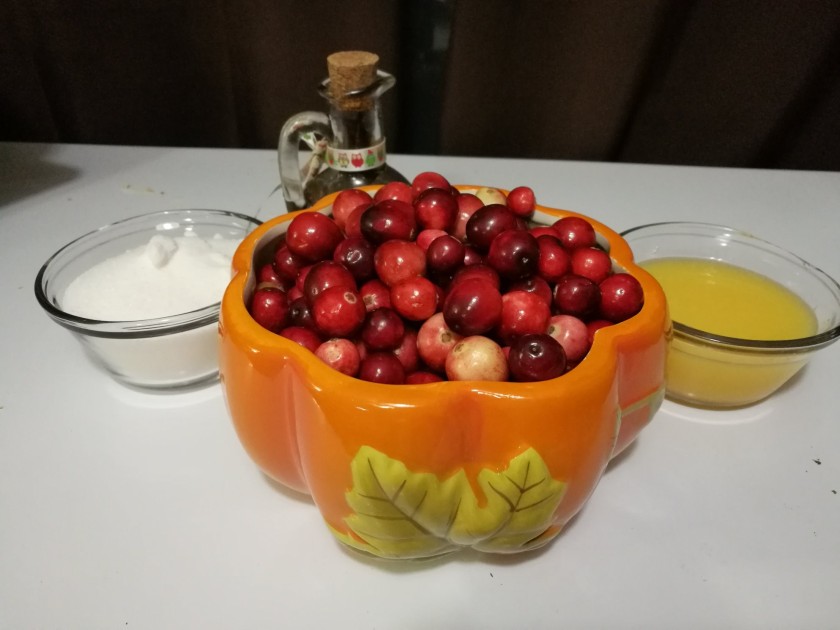 Here’s our cast of characters: Wetlands cranberries, orange juice, vanilla extract (we make our own at the Keg with vanilla beans from Kalimdor and vodka), and sugar. That’s it!

First, take about a pound (half kilo) of cranberries and check them for any defects. You want to take out any that are squishy or wrinkly. They should feel taut-skinned, lighter than they look, and bounce. Yes seriously. A bouncy berry is a happy berry! In my experience, skin color doesn’t matter, though pale ones tend to be a bit tarter.

Next, move everything into a medium saucepan and bring to a boil. 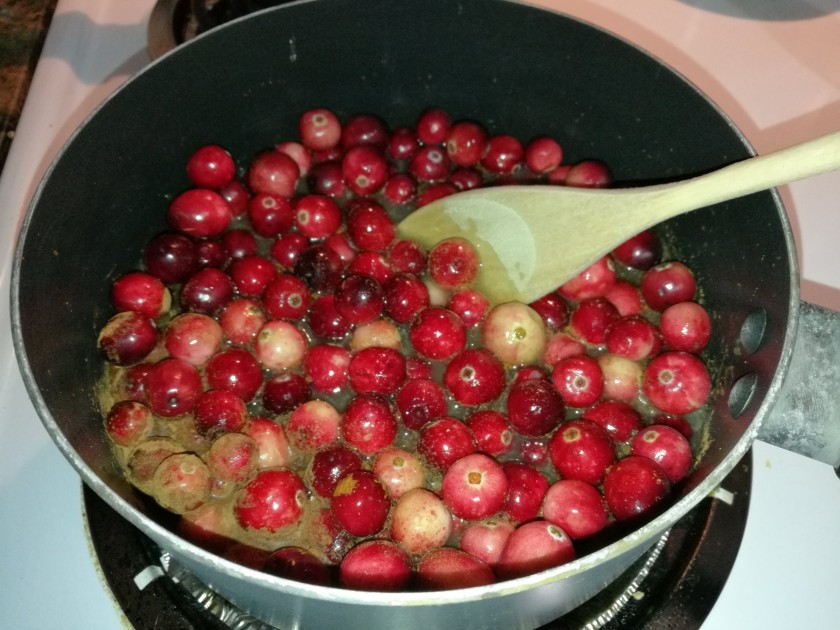 I decided to throw in some spices — about a 1/4 tsp of cinnamon and a healthy pinch of salt (1/8th tsp about). Once this starts to boil, the cranberries will start popping. They will be a bit noisy and startle you if you’re not expecting it. I was not expecting it.

They will also stain your skin if you let it. If it’s popping like crazy, turn the heat down. Learn from my mistakes. By the time I realized I should turn it down, I looked like I’d been fighting rats. I had red freckles up and down my arms. I thought it made me look tough. Pryn’s response was “…Ehhhhh….”

This part is optional, but to help it along, I used a potato masher to gently mush up the berries once they started breaking down. You don’t have it, a good stirring will do the same, but I like mine a bit less chunky. 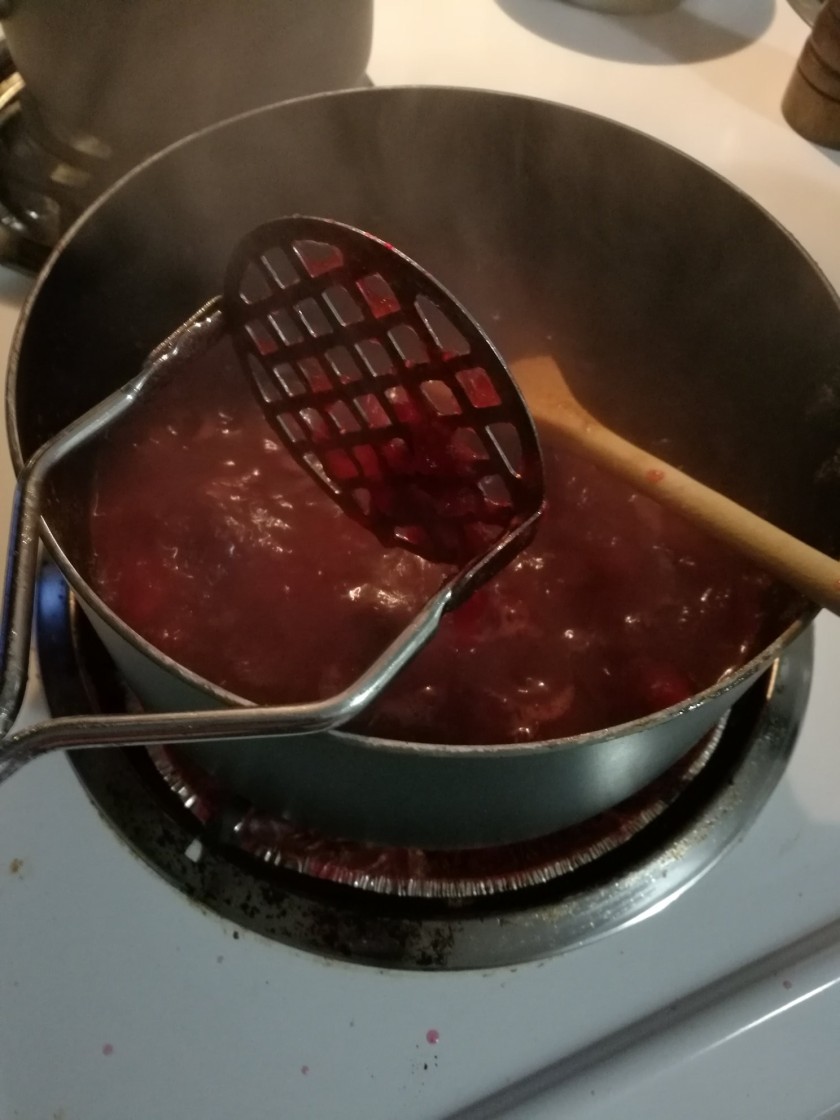 Simmer the mix for about 15 minutes, and then take it off the heat and let it cool. Once it cools, feel free to move it into a new container. At the Keg we’re pretty simple and just jar it. It’s popular and we do get people asking for jars to take home and put on bread and stuff. 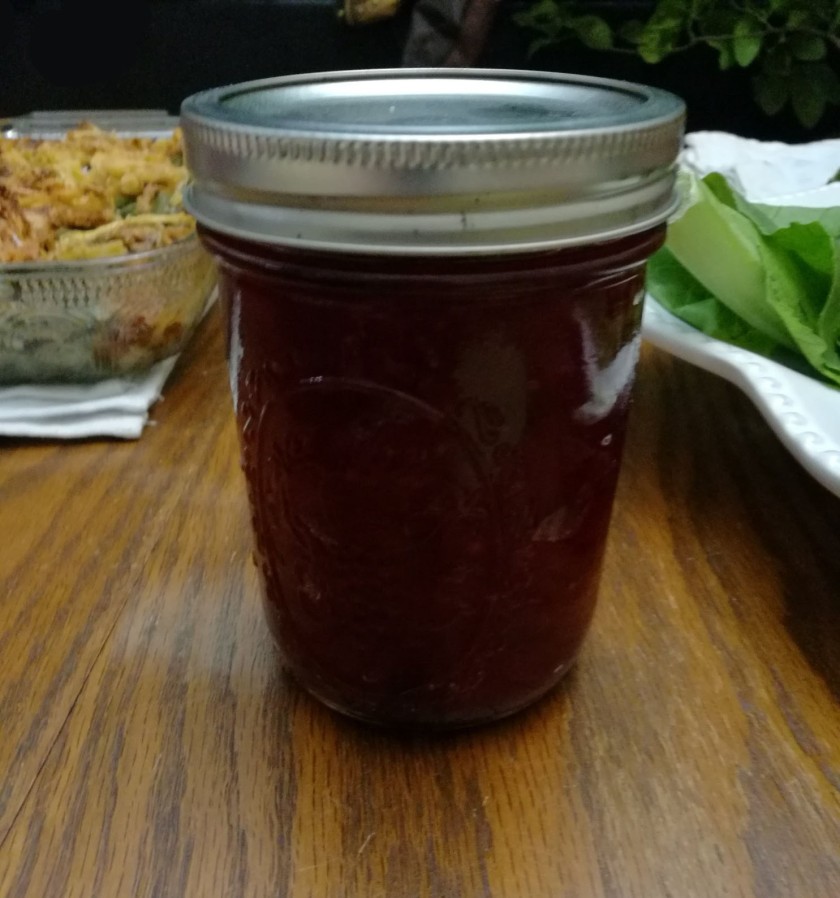 See? Super easy. And a delicious and tangy start to Pilgrim’s Bounty.